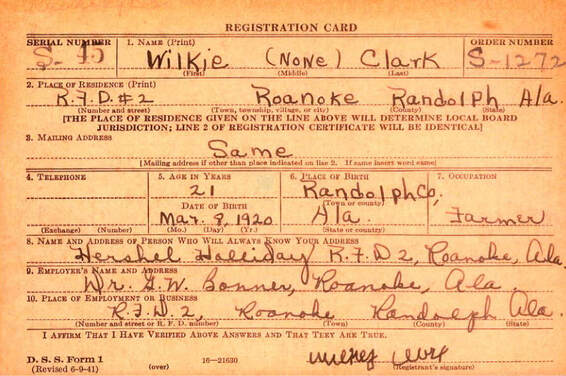 This Draft Registration Card confirms what he always told us, about working for the prominent Dr. G.W. Bonner in Roanoke. He was known as "Dr. Bonner's Boy" and wore this as a badge of honor.
We also see from the Draft Registration Card that he was residing at RFD#2 in Roanoke. So, we know from this that his roots in Roanoke, Randolph County, went way back. The card shows that he was acquainted with Hershel Holliday in Roanoke.
Contrary to how he ultimately wrote his name He signed "Wilkey Clark." We are not certain when or how that got changed to "Wilkie". 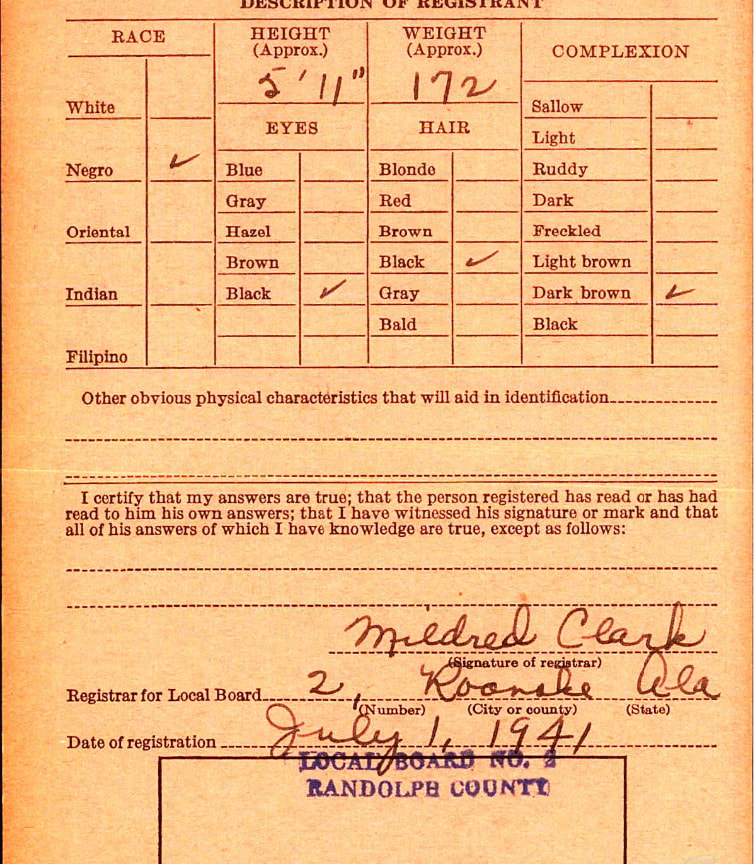