1976: Wilkie Clark Runs For Randolph County Board Of Education 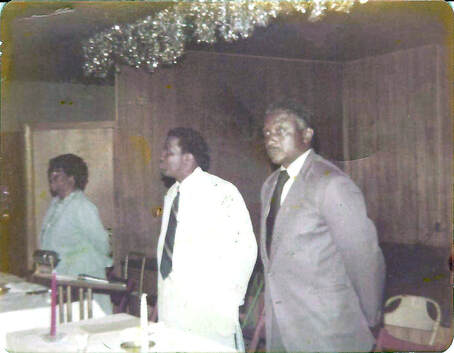 In the Spring of 1976, Wilkie Clark became the first Black in the history of Randolph County, Alabama to run for a seat on the Randolph County Board Of Education.

In these photos, we document the historic announcement which appeared in the local newspaper "The Randolph Leader" as well as a follow-up article announcing Mr. Ross Dunn -- who was a prominent Civil Rights Leader in neighboring Lanett, Alabama, who appeared as Guest Speaker at a political rally for Clark.
On April 22, 1976, the African American Community sponsored a well-attended campaign banquet at the Men's Haven Sportsman's Club in Roanoke, for Wilkie Clark, wherein Ross Dunn was featured Keynote Speaker. Mr. Dunn was an outstanding black Activist from the nearby "Valley" Chambers County area. Dun was also serving as NAACP President at that time.
These were both historical events in that they involved two civil rights icons from neighboring Randolph and Chambers County, Alabama, and it also represented black citizens beginning to take "first steps" toward political empowerment on the local level. 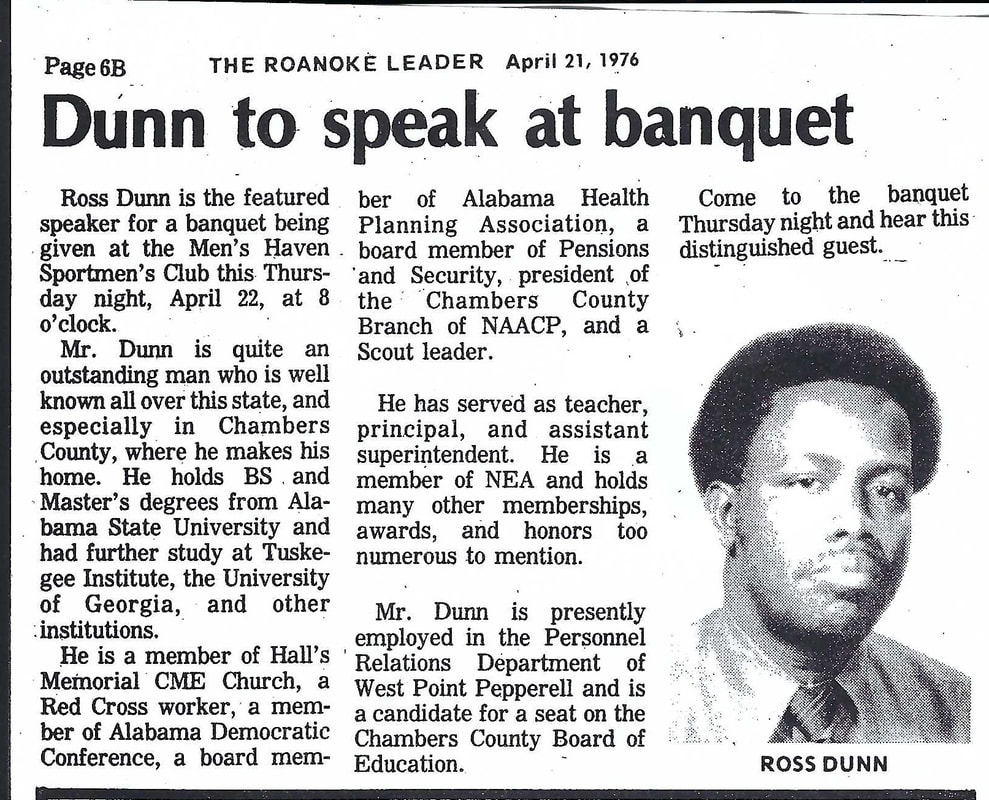