Below is a clipping of a January, 1981editorial piece written by the late Edgar Stevenson, who published "The Randolph Press" which was a "sister" publication to the Roanoke Leader.

Edgar Stevenson was the cousin of John B. Stevenson, who was editor and publisher of the Roanoke Leader.  Both publications came out weekly.  However, The Leader, (as its name implied was the leading publication in the county.

In his editorial Stevenson clearly denigrated Dr. Martin Luther King, and denounced the Martin Luther King National Holiday.  This article drew tremendous fire from blacks everywhere, and of course there was Reaction.... and it was very vocal.   Wilkie Clark was at the heart of the March that was planned in response to this editorial.

We will have to check the history, but itis believed that the Randolph Press never published -- or perhaps discontinued publication soon after this incident. 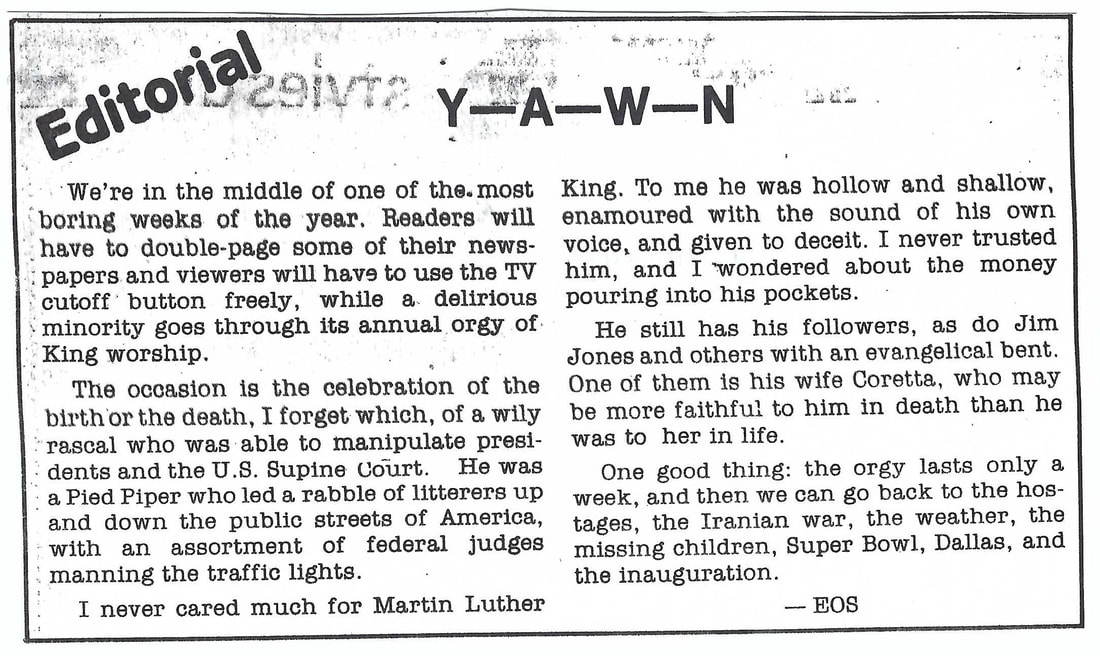 After this inflammatory editorial appeared, the black community was both agitated, and ired over the nerve of Edgar Stevenson.  The community quickly put together plans to rally in front of Edgar Stevenson's office to air their grievances against the article.    About a week later, (January 20, 1981) The Anniston Star carried the following report: 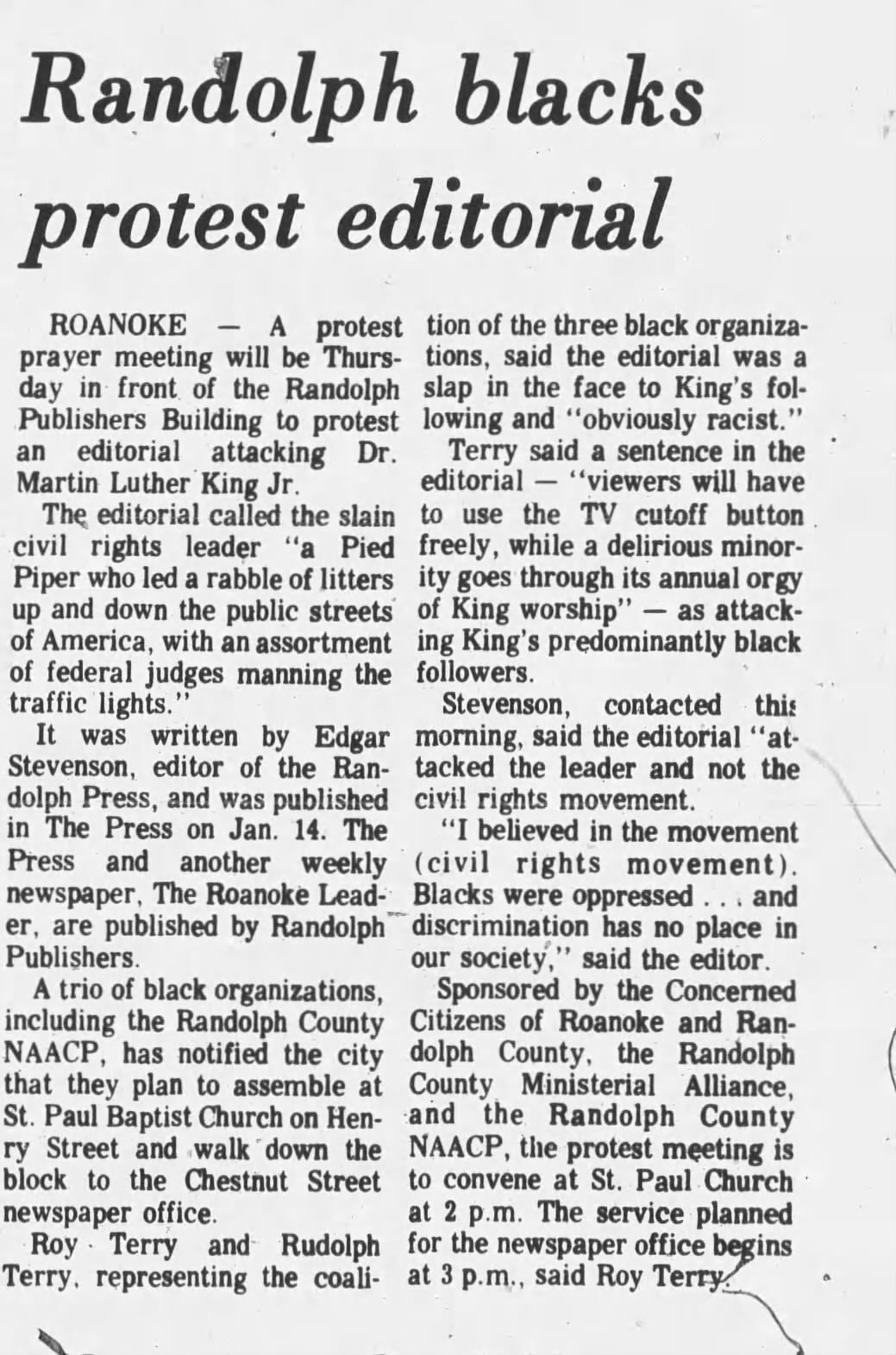 On January 23, 1981, reporting on the community's response to Stevenson's article, The Anniston Star captured this image of the protest.   The featured speaker for the event was Reverend John S. Nettles, who was the State President of the Alabama Chapter of the Southern Christian Leadership Conference (SCLC) out of Anniston, Alabama.