Charlotte A. Clark-Frieson
The Wilkie Clark Community Center Summer Camp was the brainchild of Mrs. Juanita (Pinkard) Wright, a childhood friend of Charlotte Clark-Frieson, and the wife of Bishop Lathonia J. Wright.

Mrs. Wright, a trained Social Worker, and community activist was interested in organizing a Summer Camp for youth that would not only honor African American Leaders in our community, but that would satisfy African American parents desires to better inform our children about their African-American History and Heritage, about local leadership in our community, and about their culture in General.  As an outgrowth of this desire, she set about organizing a Summer Camp that would be named for Wilkie Clark.

The artifacts shown in this section reflect awards that were conferred upon the youth who participated in the program.
Although only four (4) awards are shown here, every child who participated received an award, signed by Mrs. Wright, and bearing the name of Wilkie Clark in whose honor the camp was conceived.   In addition to the children who participated, Camp Leaders also received awards as well as an expression of appreciation for them giving of their time and talents to help stage the activities and outings. 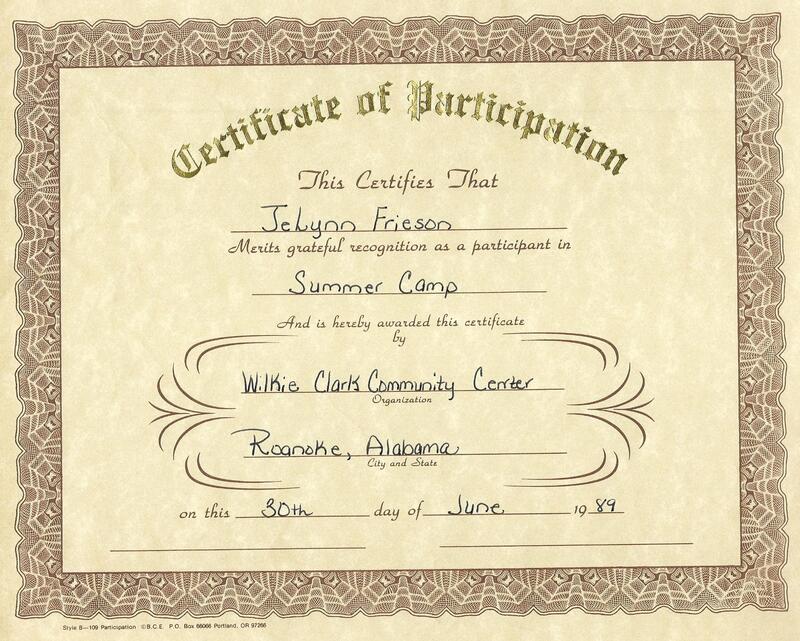 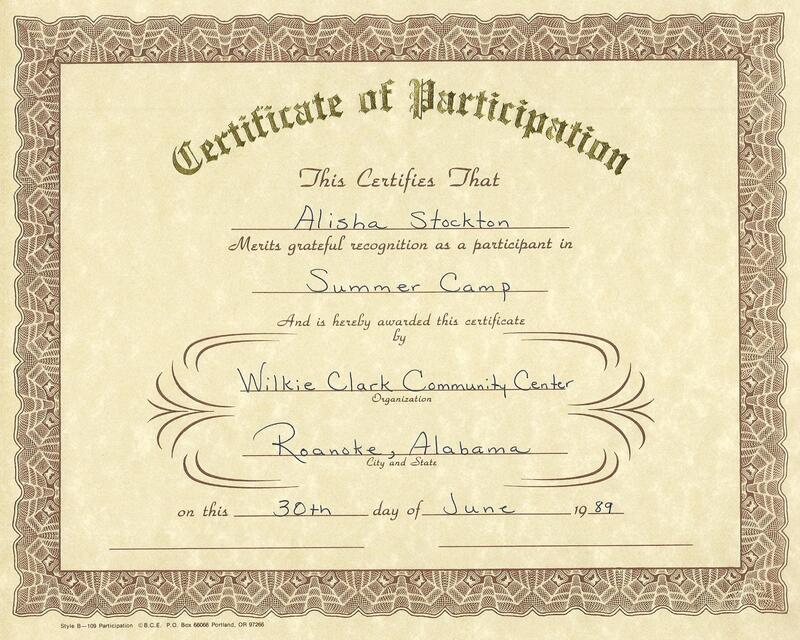 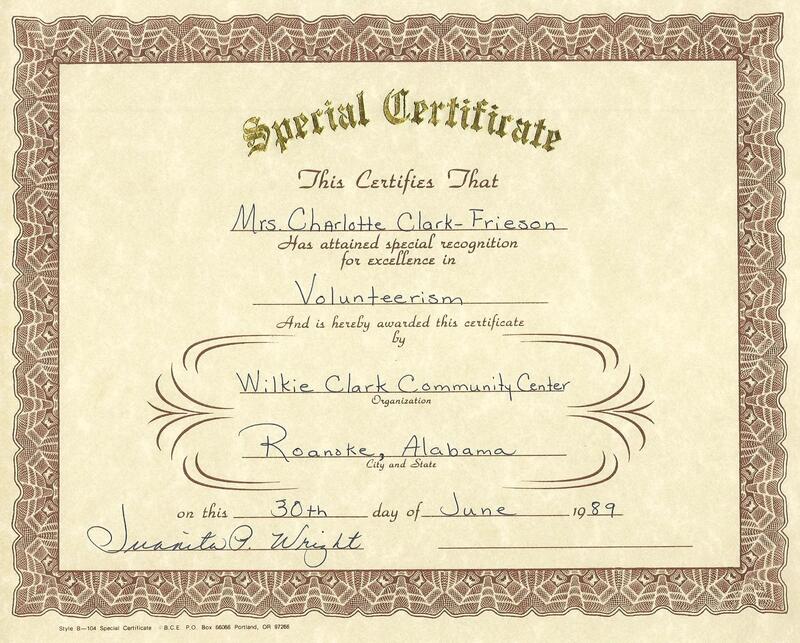 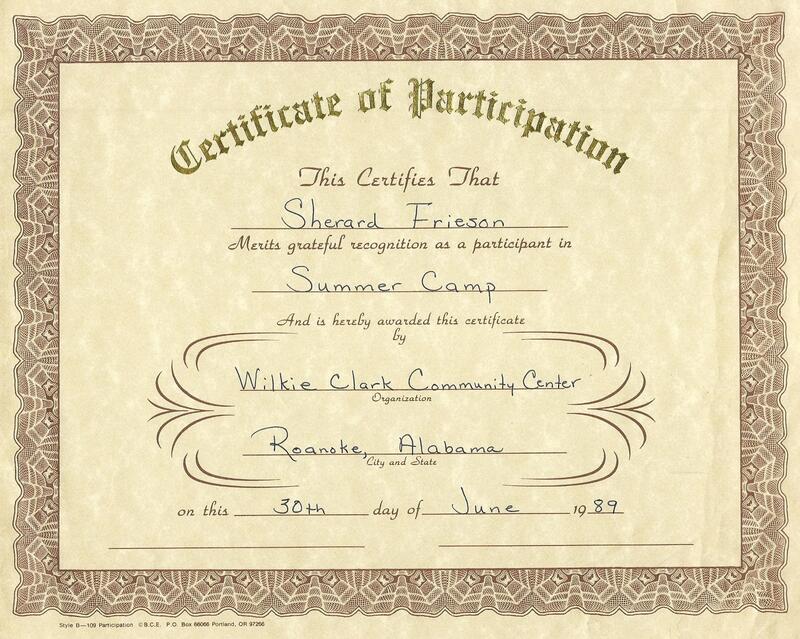