On Jun 24, 1970, The Roanoke Leader carried a Front Page newspaper article entitled "Training School Is No More"  It was probably the first time anything about black people was featured on the front page of the newspaper.

The school was closed as the result of a Desegregation Order under the famous Lee vs Macon County Board Of Education lawsuit.  From this point forward, black students would be thrust into the uncharted waters of "Forced" Integration.

Download File
The Roanoke, Leader June 24, 1970
1970-6-24- "TRAINING SCHOOL IS NO MORE
In the event you are unable to read the article from the image, we have transcribed it here.

The Randolph County Training School near Roanoke, built in 1948-49 and valued at more than $200,000, is no more, closed by a court order of Federal Judge Frank Johnson, Jr. of Montgomery and two concurring Judges.
Officials concerned here first heard the decision from wire services, and later received written verification.   The final order was simply a rejection of the County Board of Education’s request that the school be kept open.  It had operated, or on either as an elementary, or high school level.
This is the third and largest, school Johnson trio had closed in the county.  Integration is the aim, though there were some criticism as to the physical condition of the RCTS plant.
Probably to make sure the school would not reopen on a private basis, the court further ordered that it could not be used in the future, in co-operation with the Roanoke City School System, as a vocational school or for other special classes.
Schools earlier closed by the court were Pleasant Grove near Wadley, and Mt. Carmel near Woodland, both with about 80 students.  All three of the schools were Negro.

The RCTS students will enter other, county schools, if they live in the County, or, if they live within the city limits, go to Roanoke.

The County Board of Education has decided not to run any buses to Roanoke.
Exactly how many students are affected is not known.  Enrollment at RCTS has varied between 538 and 580.  About 360 are expected to go to the Roanoke Schools and about 200 to the county.

County elementary students will go either to Wadley or Rock Mills, while high school students will go either to Wadley or Randolph County High School in Wedowee, depending on the zones they live in.
What will happen to the RCTS facility will be decided by the county and city school boards.  There were 24 teachers at the closed school counting Title I and other special teachers.  Sixteen are on tenure, meaning they will have to be retained, under state law.
Also, to be decided is what is to become of the “extras” at RCTS – desks, texts, library books, typewriters, machines, and teaching aids – valued at $20,000.  Boards of the two systems are expected to meet and divide.
In addition to the original main block building, a modern gymnasium was added in 2959 and four additional classrooms in the early 60’s.
Tommy L. Wilkes Controversy

Download File
It was in 1988, that the Randolph County NAACP Vice President James Davenport, and Treasurer, Lawrence O'Neal took steps to notify authorities of a lingering Randolph County School policy of segregating bused students by race.   It was caught on camera by the Anniston Star, and Randolph County became a public spectacle.   In addition to the photo in the article exposing this situation, the Randolph NAACP was able to file extensive charges against the School System, with the United States Department Of Education, Office For Civil Rights. 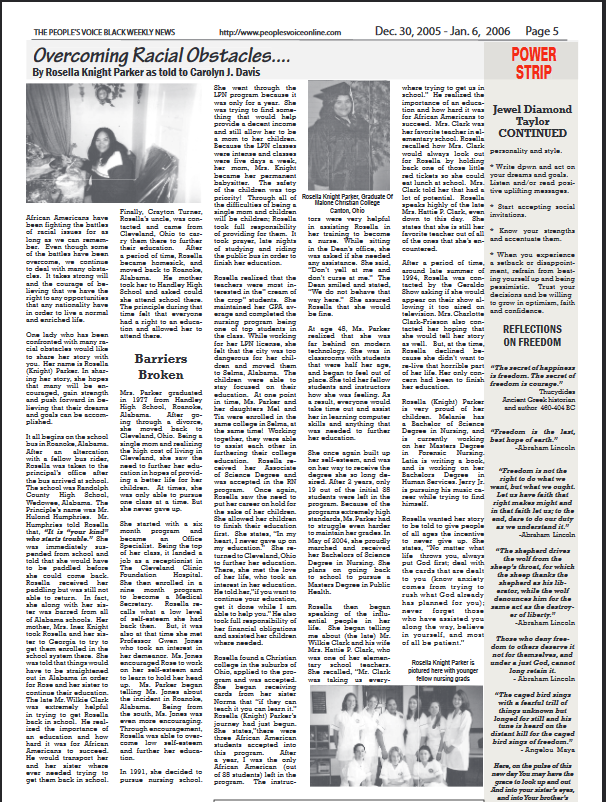