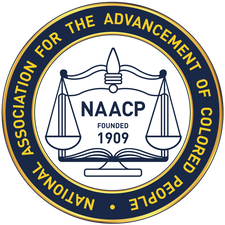 For at least 35 years (and perhaps longer) Wilkie Clark proudly served as President of Randolph County's Branch #5053, of the NAACP.    From my observations, he developed an admirable and rigorous work ethic in his effort to achieve the goals of this national organization.    Everywhere he went he was the strongest of advocates, and the face of the NAACP.  He never shirked that responsibility or tried to shy away from it, no matter how intense an issue he was dealing with.  Often times, his associates would "jump ship" and leave him all alone, but he was NEVER deterred.

A lot of his effort was directed at staging events, and programs which served to raise awareness in the black community, and promote the objectives of the organization.   He frequently staged memorial exercises centered around black history, and brought in professional speakers -- intimately familiar with the civil rights movement -- who could enlighten the community about black advancement.   He sought to lift that "veil of ignorance" from the faces of black citizens, in hopes that they would become more willing to join the growing national movement to advance themselves in every area of life.

Based on Newspaper accounts and various announcements that appear in Roanoke's local newspaper, as well as neighboring Newspapers (i.e. The Anniston Star), there is an abundance of evidence that as far back as 1955, the Clark's were actively engaged in advancing the cause of Black Civil and Human Rights.  Where available, We have uploaded documents that reflect the Clark's activism.

What we recall very well is that Wilkie Clark placed tremendous value on the NAACP as the ideal organization -- the vehicle -- for liberation, because it was the only National Organization that existed to address the racial biases witnessed in every area of Negro life in America.   The NAACP had painstakingly developed programs for its leaders to follow to address issues ranging from Education, Employment, Housing, Racial separation and isolation, lynching, Voter Disenfranchisement, and many others.  The NAACP's program of attack was strictly based on Negroes understanding the specific Laws in operation, and developing an astute unequaled ability to use those laws as the weapon -- the basis upon which they could set themselves free.

Below is a gallery of some of his favorite guest speakers.  It is obvious that he was partial to Negro Civil Rights Lawyers, and NAACP National Leaders ...
Efforts to obtain photographs will continue, however, those shown in this photo gallery are photos of SOME -- not all of the speakers he routinely engaged.    Because we do not have photos of all the speakers who came to Roanoke to address black citizens here, a list follows:

Alabama's Republican Governor Fob James had appointed the State's first black Supreme Court Justice, and everybody was interested to hear what he had to say.   That year, we were even able to bring out the Editor Of The Randolph Leader, John B. Stevenson, himself.  If available, we will locate and post Stevenson's write-up that appeared in the Roanoke Leader the week after Justice Adams spoke in Roanoke.