THE 1980'S: A DECADE of voting rights activism

Jerome A. Gray
In this part of our site, we will document Wilkie Clark's involvement in a decade of voting rights activism.   The decade was the 1980's.   The purposeful actions described herein had a far-reaching impact across the nation, but was centered right here in the great State Of Alabama.

First, meet our main character, Jerome A. Gray from Evergreen, Alabama.  Jerome Gray is known all over the State of Alabama and beyond.

In 2006, Just as Jerome was retiring after 27 years working for the ADC, Tom Gordon, a journalist for The Birmingham News (Alabama's largest and most widely circulated newspaper) dubbed him "Alabama's Voting Rights Powerhouse."   We featured him again in our local black newspaper.

In addition to being an active leader in the NAACP,  Jerome Gray served as The State Field Director for the Alabama Democratic Conference  (“ADC”), (Alabama’s black political caucus), for twenty-seven years, before retiring in 2006.  Jerome attended schools in his hometown of Evergreen.  He graduated from Talladega College and Bishop College; enrolled in graduate studies at Stanford University; taught school and engaged in other employment, finally returning home to Alabama to work with The ADC.

Jerome Gray and Wilkie Clark were ALREADY connected by way of their their affiliation with the NAACP.  They often met up at State and Regional NAACP meetings, and conferences.  But it was later that Jerome joined the staff of the ADC, where he was assigned the task of strengthening county ADC units throughout the state. He is nationally recognized as one of the most knowledgeable practitioners of politics in Alabama.   Fittingly, Gray’s motto is: “Be like a termite, work quietly but effectively from within.”

The Alabama Democratic Conference  (ADC)
The ADC was founded in 1960, as a Black Political Caucus of Alabama.  It was the first statewide black political organization in Alabama, formed to bring newly registered black voters into the Democratic Party.    It was co-founded by Civil Rights Attorney Arthur Shores, Rufus Lewis, Gadsden businessman, Q.D. Adams, Attorney Orzell Billingsley, and several others including teachers, union leaders, and other influencers.   It was organized to support John F. Kennedy's bid for the Democratic nomination for President.

In 1960, (before Congress passed the Voting Rights Act), only 13.7% of Alabama's Black voting-age population were registered to vote.  In 1965, there were only 6 black elected officials in the entire State of Alabama.  But, by 1985, largely due to the work of the ADC, black voter registration in Alabama rose to 71%.   But, the problem was, that despite the tremendous increase in black voter registration, Statewide, there were only  38 black commissioners; 47 black school board members, and 179 black city council members.

But in 1985, a lawsuit was filed entitled:  Dillard vs Crenshaw County.  Four years after Dillard, there were seventy-one black county commissioners, eighty-six black school board members, and 398 black city council members in Alabama.   In large measure that growth in the election of Black office-holders was attributed to the Dillard vs Crenshaw County Litigation.  The Dillard case was finally dismissed in 2010.  By that time, Alabama had 757 black elected officials, and it is probably the only State that can make this claim.   The progression and ultimate outcome of the Dillard cases is largely due to the efforts, tenacity and persistence of Jerome Gray working through local ADC chapters.

It started with a 1980 court case City Of Mobile v Bolden.

This case went all the way to the U.S. Supreme Court.  The ruling stated that in order to obtain relief under the 14th and 15th Amendment, plaintiffs had to prove intentional discrimination behind the method of electing members of a local governing body.

The Attorneys then set out to prove that Mobile's "at large" election system was purposefully adopted and maintained to dilute black voting strength.  The District Judge found that Mobile's election systems could be traced from Reconstruction to the 1911 adoption of a commission form of government and all the way to the time of the trial. In deciding the case, the Judge concluded that the "at-large" method of election had the purpose and effect of minimizing the voting strength of black citizens and he issued an order, requiring Mobile to adopt single-member districts.

About the same time ADC got busy coordinating Marches and Rallies in Selma, Montgomery and Birmingham, to "Save the Voting Rights Act, and Amend Section 2". The marches and Rallies attracted people by the thousands and the national media.  ADC was able to facilitate hearings to entertain testimonies from Alabama leaders, regarding whether the Voting Rights Act should be extended and amended.  Jerome Gray and Althea Simmons (NAACP Legal Defense Fund) worked together to type, edit and prepare the witness' statements. These hearings changed the minds of many who had previously opposed amendments tot he Voting Rights Act.   The collective efforts of black leaders were effective. and in 1982, President Reagan signed the Voting Rights Amendments of 1982.

Many black leaders were already frustrated and impatient, and had long wanted to find ways to attack the at large system of voting in Alabama;  because despite growing voter rolls, they sensed that election reform was needed before fair representation could be achieved.   It was ironic that Black voters could help elect many white candidates they endorsed, but not their black candidates.

A lot of work on the local levels went into preparing for the Dillard Cases. At the State Level, ADC started laying the foundation for the filing of this lawsuit.  Local Chapters were asked to contribute $500.00 or more to help support the litigation. 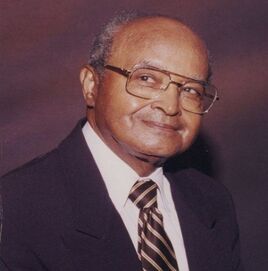 Here in Randolph County, Alabama, the Local ADC Chapter was headed up by the Reverend R. L. Heflin, also a Randolph County Native.   Reverend Heflin was a very dynamic, and influential local Pastor — beloved by the entire community.   He led the Randolph County Chapter, ADC with much humility and insightfulness.

He was both conscientious and vigilant in helping any way he could during the filing of Dillard Cases here in Randolph County.   The Local Chapter of the ADC ALWAYS remained in a state of "readiness" to respond any time it was called upon to take action.

Pastor Heflin had a supportive family, in addition to the support of the Terry family: Roy Terry, Rudolph Terry, Mrs. Velma Terry, and Cotina Terry, who each served the local Chapter in various capacities.

Local Chapters were asked to start keeping meticulous records, compiling election results from across the state.  This information became the building blocks that helped form the foundation upon which the Dillard Case was built.

The first Dillard v Crenshaw County complaint was filed November 12, 1985.    When it came time for Roanoke, Wedowee, Wadley, and Randolph County to be sued, Jerome Gray was in and out of Randolph County on a regular basis.  We had to be ready to meet with him any or every time he came to Randolph County; provide whatever information was needed, or drop whatever we were doing at a moments notice to pitch in and do our part. It was a very painstaking process.

Plaintiffs were largely hand-picked by the ADC.  When these cases were filed in The City Of Roanoke, Randolph County Commission, and Randolph County Board Of Education.  Wilkie Clark was one of those who agreed to serve as a Plaintiff.  Also, Reverend Dr. Melvin Owens — who at that time was residing in Randolph County — signed on as a Plaintiff in the litigation.  And there was one other individual, who, we will be able to accurately identify after conducting some additional research.

On the local level, there were several individuals who were continuously involved in changing the system of voting in our County and Municipalities.   Most of those involved are pictured below. 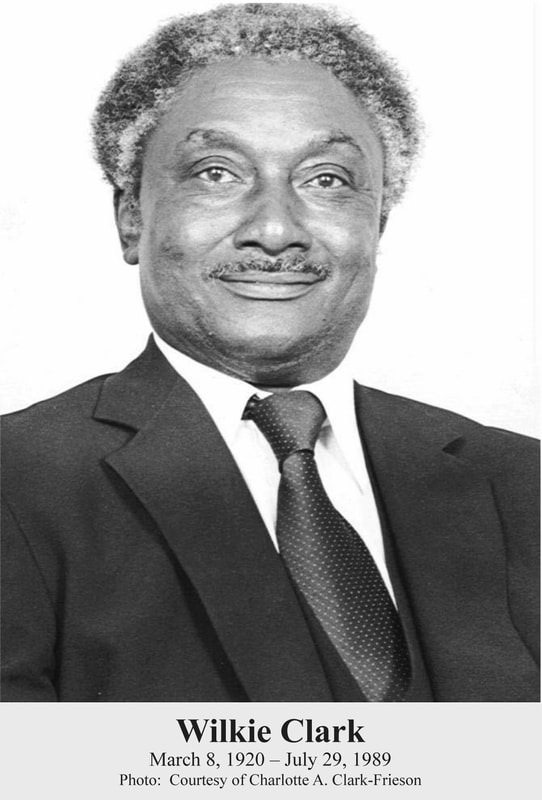 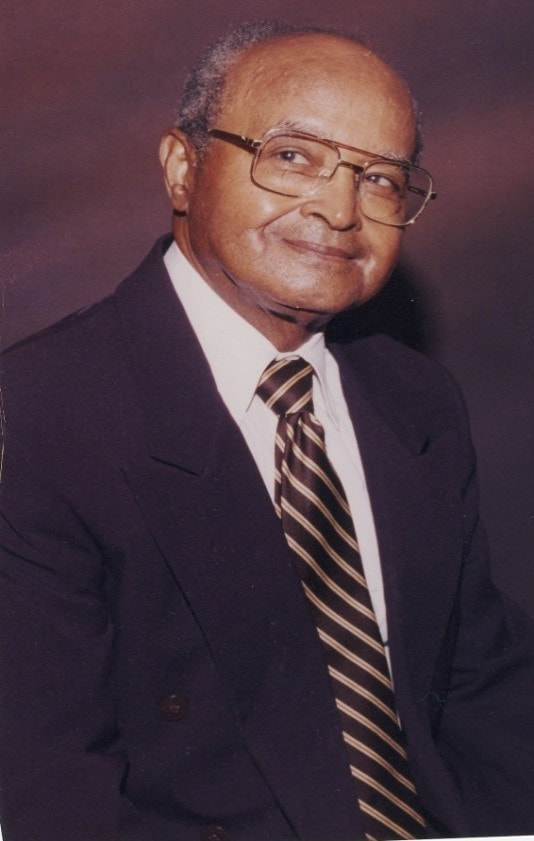 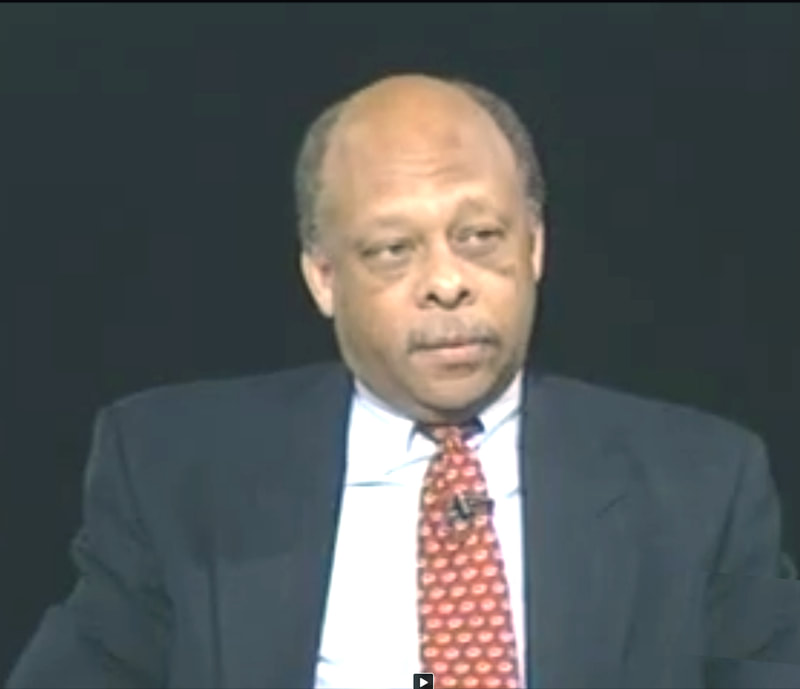 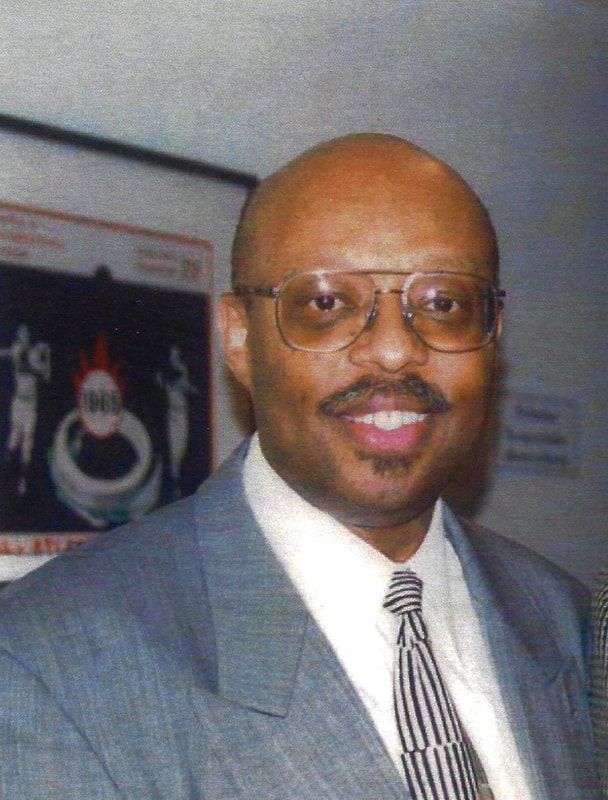 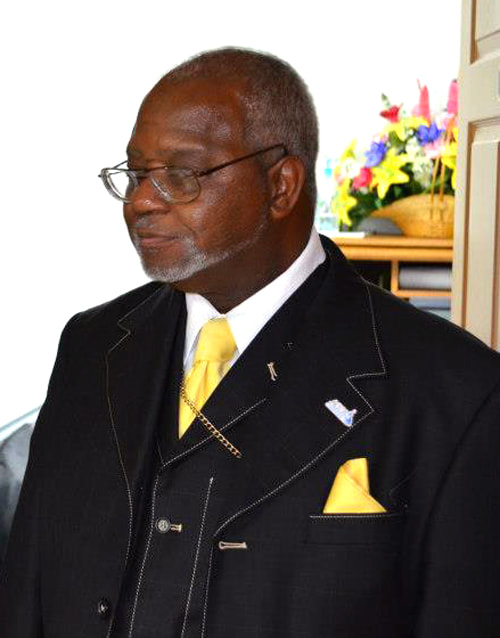 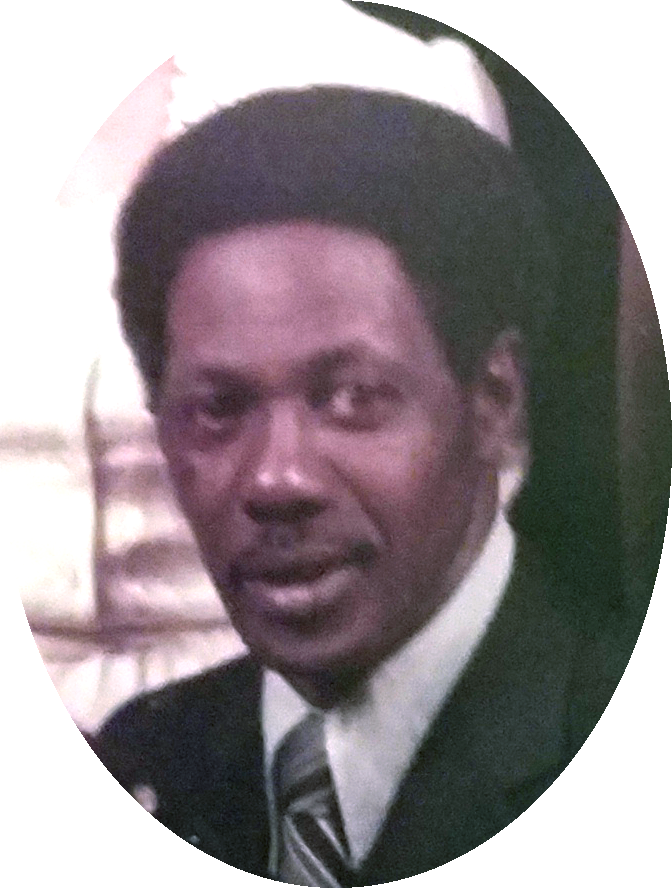 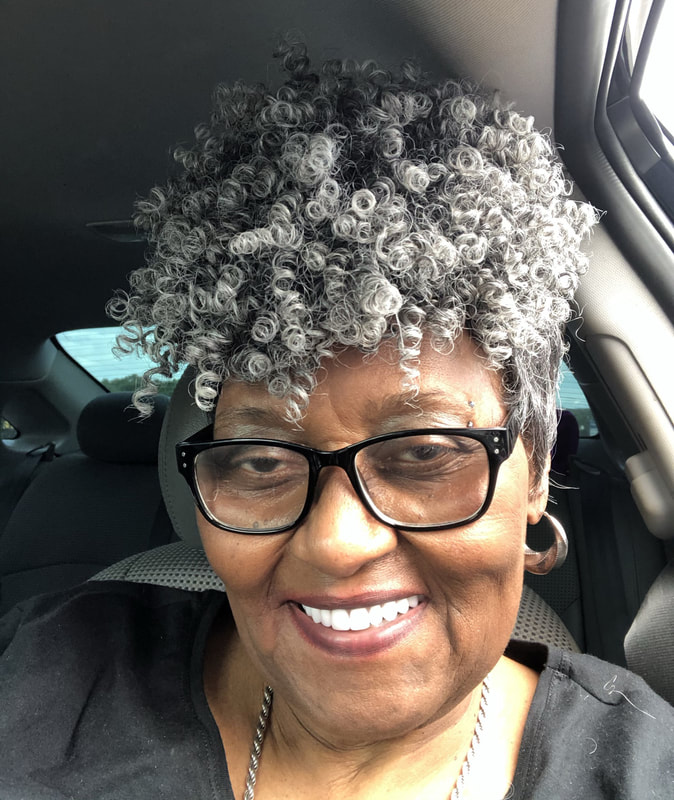 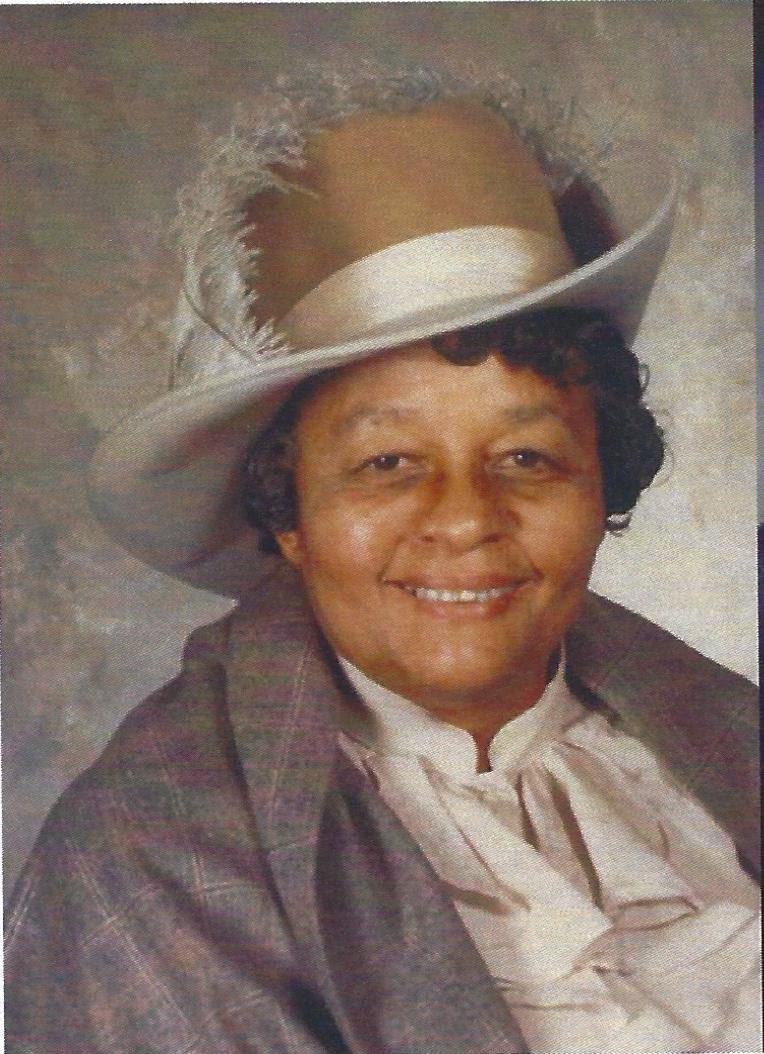 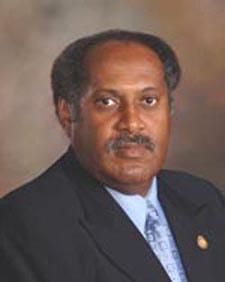 On May 24, 2016, Jerome A. Gray and James U. Blacksher, the Civil Rights Attorney who filed the Dillard Cases, published
a paper entitled: "THE DILLARD CASES AND GRASSROOTS BLACK POLITICAL POWER" which is a 38 page article that provides great detail about the legal strategies, and approaches utilized to achieve these legal victories.    It can be found in THE CUMBERLAND LAW REVIEW.

If available, a copy of the document is attached.