August 20, 1951 First Documentation of Wilkie Clark as a Registered Voter

The document below shows Wilkie Clark's delayed birth certificate.  This document is important for many reasons.
First, it readily shows that many black births during that time were UNREGISTERED which allows any one to understand how insignificant black life was during Wilkie Clark's coming into the world.  From the word "GO' there was the sense that black life DIDN'T MATTER enough for anybody to mandate that the birth of a child in 1920 be put on the record.  This made it necessary in later years, for thousands of black citizens to ultimately seek to register their own births by obtaining "delayed birth certificates."
But, the other reason why this document is important, is because it shows that as early as 1951, he understood the importance of black citizens voting.
One of the three required documents used to validate his birthdate, was his voter registration card, issued August 20, 1951 by the Randolph County Board of Registrars.
This lets us know that Clark was already an activist long before it was even considered safe for blacks ANYWHERE in the state of Alabama to be activist.  Blacks who wanted to vote during this time period were often considered "trouble-makers." 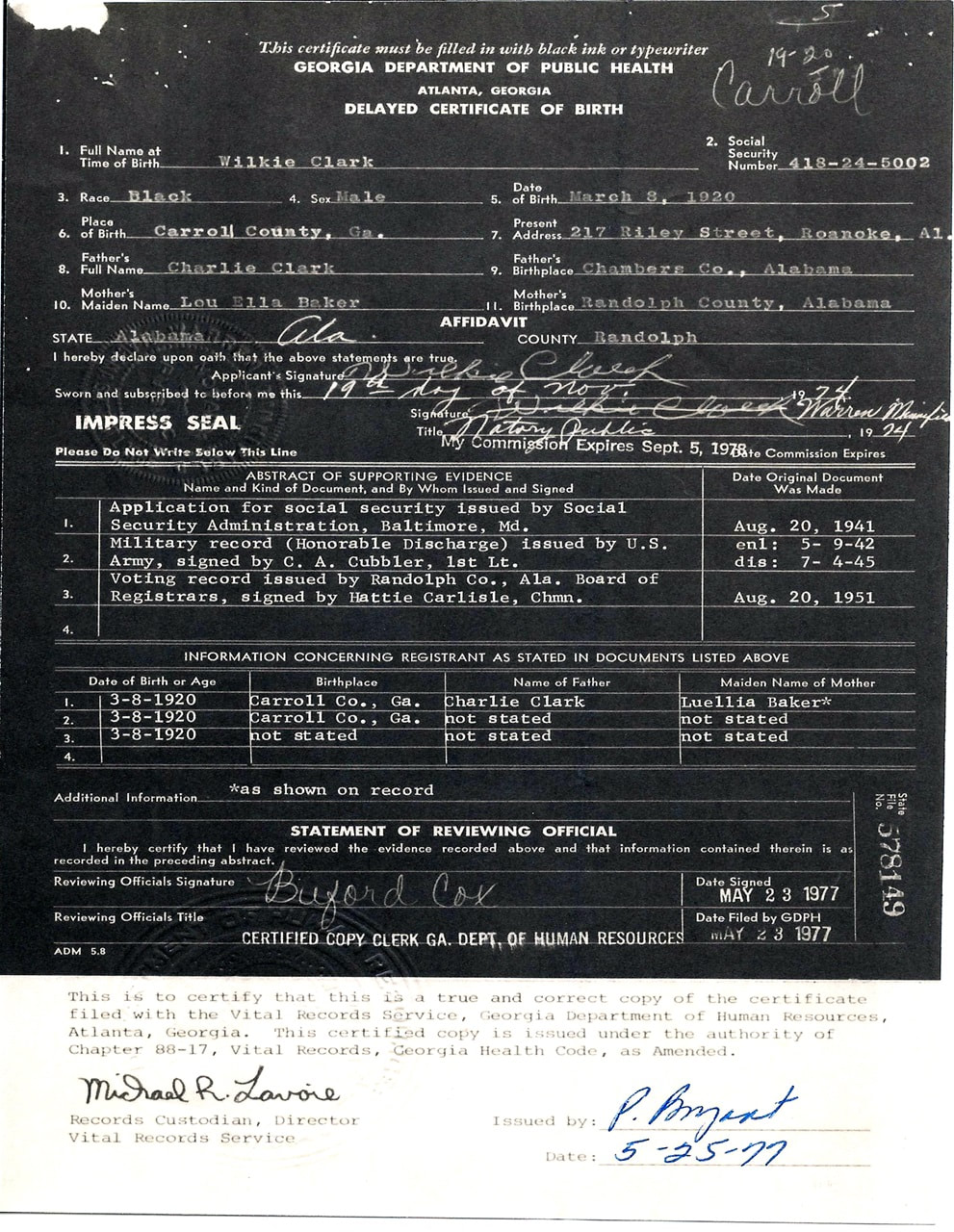