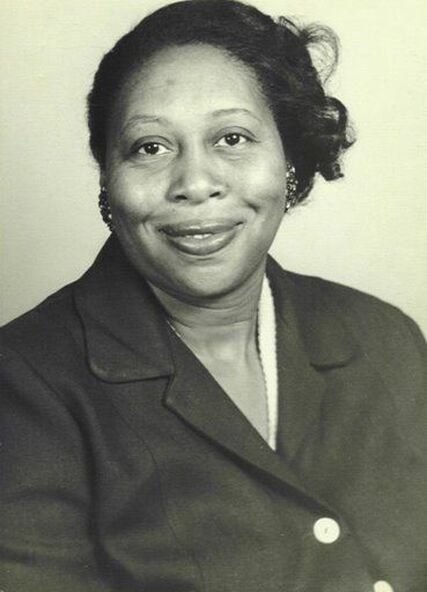 For the majority of her time on earth, Mrs. Hattie Peters Clark made herself known, and heard, through the written word, which often made its way into the local newspaper in the form of "Letters To The Editor".

She was such an astute, literate woman, that I (her daughter), became enamored with HER ability to write.   As a result, I too -- inspired by her -- would frequently attempt to vocalize my own discontent with the lagging social progress of African-Americans in our community by writing letters, like she did.

There weren't a whole lot of letters written.  I dare say that she only wrote when she had something to say.  But, whenever she did, she spoke with astounding moral authority, and her words were POWERFUL!

Some of the ones that we have been able to locate and archive appear in the list below.  If you know of other writings of hers, we would love for you to share them with us.

She set a fine example for others (both black and white) to utilize the "power of the pen" through the "Free Press".   She freely exercised her First Amendment Right, to vocalize the concern, and dis-content of an entire community, daring to say what others were too fearful or unlearned to express.   She taught us through her extraordinary written words that It was OKAY for us to be aggrieved about the mistreatment that was heaped upon us on a daily basis as we tried to go about our daily lives. 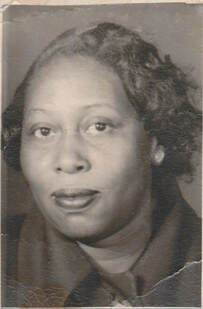 Transcript Of The Letter:
(Because the actual clipping may be difficult for you to see, it has been transcribed here in its entirety

AN OPEN LETTER TO THE CITY OF ROANOKE

Dear Editor:
When I received my city tax notice the other day.  I saw it had increased twice the previous amounts.

Many thoughts began to pass through my mind.  As these thoughts ran back and forth, I began to exchange ideas with my neighbors and others, so we came to a decision to let some of our views be known publicly.

First I must say that I'm a Negro, a teacher, a parent, and a property owner.  I'm also a qualified voter and resident, which makes me a citizen, I suppose.  These facts naturally make me interested in what happens in Roanoke.

My tax is doubled, so I sit thinking, "What am I getting?"  Unpaved roads, no recreational facilities whatever, not one cent for my child's education from the city in which I live and pay taxes, limited job opportunities, an d there are other things that could be mentioned.

We don't mind paying taxes when they benefit all.  But, I for one, am not pleased over paying taxes all of lmy life and then have my children saddled with taxes that we don't get any benefits from.

The school within the city limits which our children attend receives no maintenance or operational expense from the city or county.  They money to operate the school is raised by the teachers and pupils.  We sell commodities within the school to pay the light bill, wtaer bill, fuel bill, telephone bill, and a janitor to fire the boiler only.

Do your teachers and pupils do this?  Now some will say, but that's a county school.  Sure, but what about the 300 or more children living in the city limits?  What are you doing for them?  There are some who may6 say, "Charge a material fee."  Yes, we pay a fee, those few who are able.  But, very few earn enough to pay a fee to operate a school or build a school.

Where are our recreational facilities?  We pay dearly to use Wright Field.  We pay a fee for use and then we must clean it up after each one of our games, and yours too.  However, this latter part is minor, but unfair.

All we want is to live with human dignity on clean paved streets, and to try to improve our homes and community.  So, we signed petitions asking the city for paved streets.  Where are they?  Look around.  Money came to this city for street improvement.  What did we get?  A little topsoil on some of the streets and more dust.  Being aware of the health hazards to all through lack of sanitation, we petitioned the city for sewerage.  What did we get?  Nothing.

Our youth would be better citizens and our community a better place and our merchants richer if there were opportunities for decent livlihood.  Our youth need a chance to stay in school and not drop out to help earn a living for themselves and the family.  But, due to many of the circumstances mentioned, our children leave home tos earch for jobs, and also some of our best citizens leave and go to other places, thereby decreasing the population.

We have sent committees to the city with petitions, and we have been ignored as though we lived on another planet.  We may not shout from the housetops or make a loud out-crying noise but we are dissatisfied with the uneuqal manner in which the city faces its responsibilities to its Negro citizens in the use of their tax dollars.

Yours very truly,
(Mrs.) Hattie Clark
*         *            *
EDITOR'S NOTE
Exercising the right of free speech through a free press, the writer of this letter clearly states the thinking of perhaps a substantial part of our colored population.  The white majority needs to know what the colored minority is thinking if the community is to progress in a spirit of racial harmony -- and without harmony there can be no real progress.
JULY 8, 1970: FAREWELL TO THE RANDOLPH COUNTY TRAINING SCHOOL 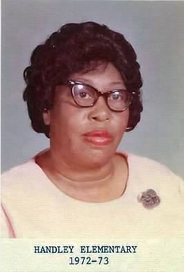 Transcript Of The Letter:
(Because the actual clipping may be difficult for you to see, it has been transcribed here in its entirety)
FAREWELL TO RANDOLPH COUNTY TRAINING SCHOOL
By MRS. HATTIE P. CLARK
I would like to take this opportunity to say farewell to “Old Randolph” – the Randolph County Training School.

It has been described by many as a sub-standard, unsightly place in which to work and study.  Nevertheless, to many of us who taught there for years, it is a place which is dear to us, and it has become a big part of our lives.

We believe that it has been one of the greatest assets within this community as far as black people are concerned.  It is all we ever had to call our own.  It is the only place where we could go for any type of social recreation or civic endeavors.  It is the only building in Roanoke or Randolph County where we as a people felt the warmth of welcome.

The building accommodated many community dances, programs, meetings, singings, and other activities which were sponsored in an effort to improve our status.

Our parents, fore-parents, and other members of the black community helped to raise money to buy the land upon which the building now stands.  Many donated hard-earned cash when a dollar was really a dollar.  Many never lived to see the fruit of their labor.

But, we had a school which most of the teachers, students, and parents loved and were proud of, because they got out and scraped, begged, and humiliated themselves to get money to make so many of the needed improvements in the school – such improvements as the typing courses, the band, the lunchroom, and library, and the athletic department.
All of this is gone now.  All we can say is farewell.  All we can do is look back over the years and see many students who became successful businessmen, teachers, and useful citizens in other careers – students who are just as capable as students who graduated from so-called finer institutions.

Though we are grieved to lose our students, faculty, and administration, our greatest loss lies within the walls of the Randolph County Training School building.  We have no idea what will happen to the building, but we are told that it will be sold.

We can’t pay $45.00 a night to rent the National Guard Armory to give a dance.  We have no Little League baseball field, although OEO funds helped build one of the Roanoke fields.  Where will the most of little black boys and girls go to play ball?  In the streets?  We already have had one young boy killed – run into by a motor vehicle, simply because he had nowhere to play but the streets.

Does the city care?  Does anyone care?  Who will match funds to help us?    Now, behind the walls of “Old Randolph” linger only the memories of the many years which we devoted to it – silent memories of pleasure, silent memories not so pleasant.

Gone are the walks up and down the aisles on the cement floors, causing callouses and blisters on our feet.  Gone are the screams of little folk who saw the health nurse coming down the hall.  Gone are the dedicated teachers who sat behind the desks and tried to help the slow child and make him or her a part of the class.

Gone, gone, gone; and with it go the memories of generations of students who passed through the Randolph County Training School.

The commentary written in this section was not authored by Mrs. Clark, but by her daughter, Charlotte A. Clark-Frieson.  Though not authored by her, it was most definitely inspired by her. ..   I was ONLY TOO GLAD to take up the mantle of vocalizing and publicizing the concerns of the community.